DreamWeaver Pomeranians originated with Sister/Brother team of Linda Pelz and Michael Wells.   We have been showing/breeding since 1996.

As of Oct 2011, Dreamweaver Poms is handled by Linda.   We have finished 20+ Champions of our own, with 16 being completely owner/handled and 4 that we have finished for others.

Mike and Liz are no longer breeding Poms.

We specialed Am/Int CH Lakota Sioux Of Lenette to #3 Pomeranian Bitch for 2001
and #16 for Best of Breed.  "Sioux" received an invite
to the AKC Eukanuba Classic, December 2001 and took home BOS 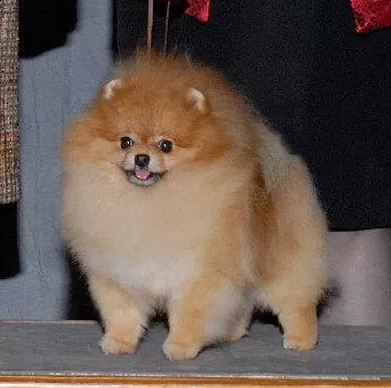 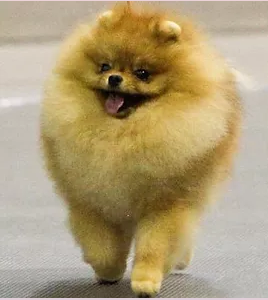 We are a small hobby breeder and breed for ourselves for something to show, but occasionally might have a puppy or two for sale.  We don't breed for exotic colors, so no whites, brindles or parti's.   We breed for type, temperament and movement.

We do have brilliant deep oranges, orange sables, reds and black & tans.  We health test our poms for OFA Patella's,Hips, Cardiac, and Thyroid, results can be viewed at the OFA website.